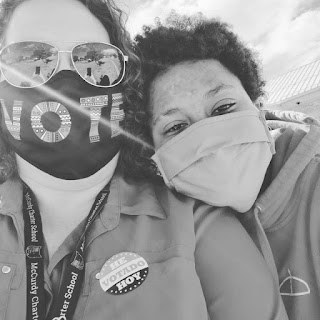 When my daughter was born, a new person was born inside of me.  One that thought a lot more about what it meant to be other, outside, and different.  I had lived my whole life inside the comfortable confines of being a middle class white person.  Sure, my parents struggled and lived on the fringes of consumerism.  We had enough, but only just.  My dad worked hard, my mom worked hard, and we got by with enough.  I never spent a whole lot of time considering what not enough looks like.  I had what I needed, I never went hungry, and my parents provided toys and movies and other entertainments that are the hallmark of what we might consider American life.

But, when my daughter came to us with a complicated background, this new person inside me started to wonder.  Why were circumstances for others so different from my own?  How would her life be different with another family? What if her birth mother had decided a different path?

These questions, and lots of others, were pushed and enlarged.  They morphed again when I entered the education field because you can't work in education and not begin to see the extremes that exist.  Why do some kids get more? More books, better food, better facilities, better teachers.  Why isn't education a human right and come with a universal expectation of excellence?  Why should tax base determine education benefits?  I also started to wonder about healthcare.    Every person deserves affordable, high quality healthcare.  Every. Person. And we can do it if we are willing to look past the rhetoric.  I'm not talking about boutique procedures, I'm talking about basic, life saving care including dental and vision care.  With every year, I am more convinced that this should not be a political question.  As the richest and most advanced nation in human history, how is this even up for debate? A global pandemic has only increased my belief that universal healthcare is a right.

When Barack Obama was elected the first time, I didn't vote for him.  But, I remember that night.  I remember watching his speech.  And I remember the bubbling feeling of joy that grew within me. I remember thinking about my daughter and how, for the first time in our American history, our president wasn't a white male.  She could see herself reflected in the faces of his daughters and wife.  It was an unexpected feeling.

When President Obama ran for re-election, I voted for Romney.  Romney was more closely aligned with my beliefs and I felt good about my vote.  Romney lost and while I felt disappointed, I didn't feel crushed.  I never doubted that Obama was a good man who loved his country and tried to serve its people.  So, it was okay.  And, over time, I have come to greatly appreciate the grace, honor, and dignity he brought to the office.  I have come to see Michelle Obama as a force in her own right, and I believe that her initiative to get quality food into schools was well intentioned, if not well executed.  Can we all agree that kids deserve to eat good food, even if they can't afford it? It's not like they can go out and get a job to help their parents pay for lunch.  Again, as the richest and most advanced nation in human history - how is it even controversial that kids should eat good food at school?  More wonderings.

Enter Donald Trump.  I always viewed his candidacy as a joke.  I made a terrible mistake and stated this position in class. A student in my class, one who I greatly respect, said he was planning to vote for Trump and stated clearly and respectfully why Trump had his support (and his family's support - people I also respected greatly), and I was humbled.  I still felt Trump's run was a joke and he would not be elected, but I learned that good people can disagree and that I, as their teacher, should be more careful with how I expressed my personal political views in class.  I wasn't mean and I didn't tell him he was crazy, but I had called his candidate of choice a joke and it was wrong of me to do that in my role. And Trump was elected, despite losing the popular vote.

I have watched in dismay the past few years as the ugly side of Americana has crept out from the shadows.  That person inside me, the one who was born with Carly, has recoiled in grief and shame at what I see.  When I watched George Floyd cry out for his mother, it broke something inside me.  I don't know a mother who watched that happen who hasn't felt the same way.  Is it all bad out there? No.  Are all Trump supporters crazy racists? No. There are a LOT of great people I know and respect who still support Donald Trump.  I struggle to understand why.  Character matters because it influences everything we do and everything we are.  But, for my own peace of mind, I used a bi-partisan issue alignment survey to see who most closely reflects my ideals.  And, it wasn't Donald Trump.  It wasn't Donald Trump because this person inside me has come to realize that government should act on behalf of its people, and not just the rich ones.  It should be heavily invested in infrastructure, education, healthcare, and civic responsibility.  When we, as a society, invest in those things, all of society benefits.

These are not radical leftist ideas, either.  Our founding fathers, flawed individuals with brilliant minds and a vision of the future, shared the idea that government works for the people and education was vital to civic engagement and success.  I can celebrate their vision while acknowledging the hypocrisy intertwined in their principles.  I am keenly aware that property-holding, educated, white men are who the founders had in mind.  Constitutional originalists would certainly not be in support of "hysterical" women in power as the Vice President or Supreme Court Justice.  Remember that in the coming days when the conversation turns to the intentions of the founders.  The founders intended for white, land owning men to benefit from government and make all decisions about society.  People of Color were not human, they were less than a person.  Remember, remember.  We must learn from and ultimately leave history behind.

Today, as the media declares Joe Biden a president elect, I rejoice.  I rejoice that we again have an opportunity to return to dignity.  That we can have conversations about the value of human life.  I have been shocked by how many Pro-Life people refuse to wear masks or fund healthcare.  Pro-Life shouldn't be a stance centered on the unborn - it should be about the value of every life, of all of God's children, living, dead, and unborn.  But I digress.

I have a complicated relationship with politics.  I am Pro-Life for me, but convinced that every person's agency should be protected.  Some would call that Pro-Choice.  I prefer Pro-Human.  I believe that you, and I, have the right to live freely, without fear.  I believe we have the right to determine our own path.  I believe that God lives and loves us all, without boundaries.  I believe that we should watch out for, lift, and share with each other.  If I've got enough, and these days far more than enough, I believe in reciprocating my blessings through a higher tax rate. When you do better, I do better too.  Every child should have the best education.  Every person should be able to visit the doctor without going bankrupt.  Every person deserves a living wage if they are working to live.

I'm proud of the person inside me who has expanded her boundaries.  I'm proud that I can recognize, respond to, and change the latent racist ideas inside me.  As a mother of a strong Black young woman, I have had to confront my own stupidity several times.  And the stupidity of others.  The beauty of agency is that we can all choose.  I choose change.  I choose hope.  I choose to do better, become better, and I hope the same for you.

So, I guess it's really not that complicated.  I'm not a Republican, Democrat, Independent, Socialist, Libertarian - I'm a Humanist.

It's about love reflective

Popular posts from this blog

These are the days of

- February 23, 2019
I'm hoping these are the days of I still can be It's not too late It isn't over until it's over. Because I still want to. My life is so consumed right now with other things.  Important things, but other.  Other overwhelming things that taste like fear and feel like failure. They scare me. Maybe I'm just not being deliberate enough.  I've been using that word at work a lot.  But I seem to leave it in the doorway and never bring it home. The cliche is that I'm standing at a crossroads. It's much more accurate to say that I am standing in the center of a compass and the needle is spinning.  It's probably true that the direction won't matter, the way it's pointing won't matter.  It will only matter that it IS pointing and I am following that path. That scares me too.  I am a person who likes direction.  I want to see the outcome and figure out my way to it.  Right now, I can't see anything. I suppose, though, that
Read more 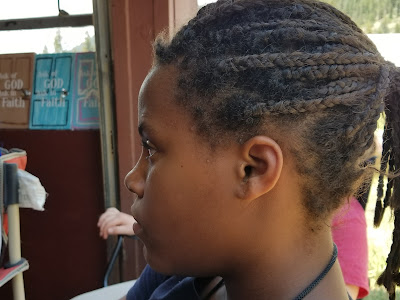 Having an (almost) teenage daughter can be...quite an experience.  "I hope you have a kid just like you," so the saying goes.  Usually, you only hear this if you're a rough kid.  I was a rough kid - in some ways.  I gave my mom a pretty hard time.  And, if she wished for a kid that was 'just like me' to come along as payback - the parent gods smiled on that wish. Today (after a pretty tragical and frustrating encounter) Carly said: I just needed to get mad at somebody.  I don't know why. Well, if that doesn't sum up teenage angst, I don't know what does. It also kind of applies to adult angst.  Some days I just want to be mad at somebody and walk around stomping my feet.  Today I felt like that.  In between good things, though, so at least there's balance. And balance is tricky this days, too. It feels like the house is a wreck (it mostly isn't, but sort of is). It feels like I'm swimming in work and can't catch up (this o
Read more 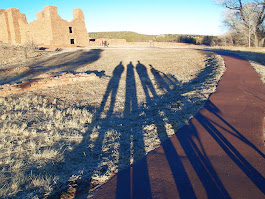